What are Exceptions in Java?

An Exception in java is an object  that describes an exceptional condition in the program. A java exception object may be either generated in the code manually or automatically by the java run time system. 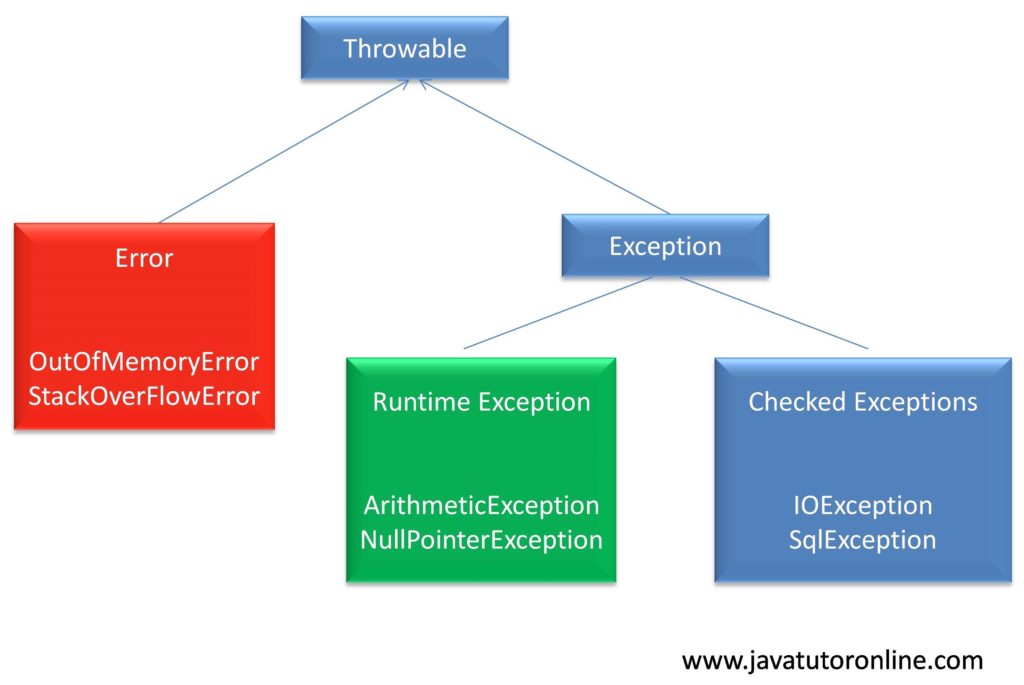 Exception is an inbuilt class in the java.lang package. There are many sub classes of Exception class like ArithmeticException, NullpointerException etc.

Depending upon the nature of the problem occurring during run time, java creates the appropriate Exception object and throws it.

For example:   int i = 1/0;  [Java will throw ArithmeticException type of object]

Why do we need to do Java Exception handling?

Here, by doing 1/0, our program will stop abruptly. And it will give a weird error message. Like,

But on using try and catch the problem is overcome.

Due to the use of try catch block the above program will not stop abruptly, rather it will give a customized exception message during run time.

There are many sub classes of the class Exception like ArithmeticException, NullPointerException etc. During run time different type of exception may occur depending on different conditions. So to handle the problems differently in different circumstances we need to have multiple catch blocks.

How to Create Custom Exception Class?

When a custom exception object is thrown it has to be handled through try and catch blocks because it cannot be handled by the default exception handler of java.